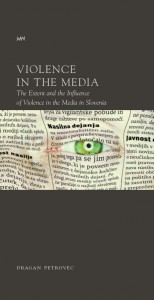 The media report on crime in a sensationalist manner. Following popular demand, they focus on the most spectacular representations of violence, to the extent, which is totally out of proportion with the actual amount of violent crimes committed. On the other hand, the media at times do not touch upon the most extreme forms of violence, in order to protect the illusion of integrity of certain individuals or social systems. The overexposure of violence in the media, accompanied by outraged journalistic commentary on the inefficiency and leniency of the justice system in dealing with violent offenders, makes the public feel that the punitive policies are too mild and that there is a need for stricter measures to prevent crime. The public, feeling threatened and let down by the system, becomes more susceptive to vigilantist initiatives and other demands for self-help. In light of these findings, the survey analyses the reporting on violence in Slovene print and television programmes.