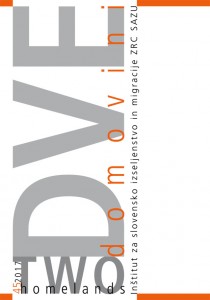 This section mainly shows three things. First, it shows how the mainstream media completely gave up the floor to dominant political voices and worked as channels through which these voices became hegemonic. However, the media not only provided a space for such articulations, but actively contributed to shaping them, primarily by cutting out the voices of migrants and critical sub-political figures. Second, it shows how the mainstream media failed to critically address and question dominant political structures, ideologies, policies and ideas. Third, it shows the problematic continuation of xenophobic, racist, stereotypical, chauvinist, nationalist and similar rhetoric that still persists as the dominant framework through which Slovenian mainstream media depict and represent “the other”.

The section provides insight to a very problematic juncture of media and political discourses on migration. The empirical material that the authors of this section critically engaged with covers press clippings that included all printed and transcribed TV texts published and aired between 20 August 2015, when the “Balkan migratory route” came into existence, and 31 December 2015, when the humanitarian corridor began to close down. The media that the authors of this section addressed included the following print media: Slovenske novice, Delo, Dnevnik, Večer, Reporter, and Demokracija, and the TV show Odmevi, which is aired by the national public broadcaster RTV Slovenija. The articles that comprise the section make an empirical analysis of the selected material using various methodological and analytical approaches, from critical discourse analysis and framing to more theory-based interpretative approaches.

KSENIJA VIDMAR HORVAT: The Balkan Road and the Guarding of Europe: The Refugee Crisis on the Borders of Slovenia

ANDREJA VEZOVNIK: Otherness and Victimhood in the Tabloid Press: The Case of the “Refugee Crisis” in “Slovenske Novice”

MARUŠA PUŠNIK: The Dynamics of Journalistic Discourse on Populism and Extremism: Moralistic Stories about Refugees

BREDA LUTHAR: Refugees and “Odmevi”: The Epistemology of Conventions

DEJAN JONTES: Between Detachment and Engagement: Paradoxes in Reproting about the “Refugee Crisis” in Daily Press

Articles are freely accessible at the website of the journal http://twohomelands.zrc-sazu.si/en/issues/articles_list/45/2017