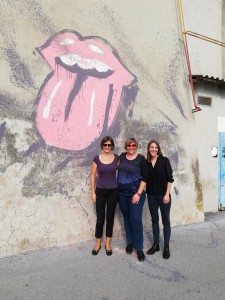 In the paper “Chameleonic populism”: Framing “the Refugee Crisis” in the Political Field, Mojca Pajnik, Emanuela Fabijan and Mojca Frelih discussed the specificities of populist speech in the case of parliamentary debates on seven laws related to migration in 2015-2019 in Slovenia. The first findings of the analysis presented at the international conference Societies and Spaces in Contact: Between Convergence and Divergence (Portorož, September 17-19, 2019, organized by the Science and Research Center of Koper) have pointed to the dominant discursive frames that represent migration as a (security) threat, and sees its solutions in militarization and border protection. The analysis also points to differences in speech by party affiliation, to the elements of ethno-nationalist populism (R. Brubaker) in the speeches of party representatives on the political right and the center, and on the so-called inclusive populism (Laclau & Mouffe), characteristic of the political left.