In a number of countries across the EU, rights groups are worried  that pandemic emergency powers have become normalised, while increasingly authoritarian  regimes have further eroded democratic standards amidst the persisting challenges brought  by the pandemic, according to a comprehensive annual assessment of rule of law in Europe,  published today.

Two years after the outbreak of Covid-19, government executives appear unable or unwilling  to give up the restrictive pandemic powers or subject them to ordinary democratic checks and  balances, according to the 486-page report by the Civil Liberties Union for Europe (Liberties),  a Berlin-based civil rights organisation with 19 members across Europe. As checks on  governments are in various countries already weakened by ineffective constitutional review  mechanisms, limited access to judicial review, poor public consultation and the absence of  independent and effective watchdog authorities, rights groups are worried that this may lead  to a progressive, long-term reduction of parliamentary and civil society oversight of the  executive branch.

The Liberties Rule of Law Report 2022 is the single most comprehensive assessment of the  state of civil and media freedoms, justice, anti-corruption frameworks and checks on power in  Europe. It compiles updates from 32 civil liberties organisations in 17 countries: Belgium,  Bulgaria, Croatia, the Czech Republic, Estonia, France, Germany, Hungary, Ireland, Italy, the  Netherlands, Poland, Romania, Slovakia, Slovenia, Spain and Sweden.

The report’s findings and recommendations are considered by the European Commission in  its own monitoring mechanism and annual Rule of Law Report, which will see officials tour  Europe in the upcoming months.

The report’s other main findings are:

In positive developments, Liberties and its members observed modest improvements in the  area of justice in some member states. Also, Estonia was praised for having supported civil  society organisations during the pandemic by relaxing administrative rules. Reforms on justice  and anti-corruption progress in Slovakia, while Italy is making genuine efforts to reduce courts’  backlog and the length of proceedings and to improve its penitentiary system. The Croatian  government also got a thumbs up for taking steps to regulate and promote professional and  ethical standards for online media.

Liberties executive director, Balazs Denes, said: “This report revisits the dangerously  blurred lines around emergency pandemic powers and warns of the accelerating slide away  from the rule of law in certain EU countries. The European Commission should step up its  efforts to correct these stains on democracy, for the sake of the Union and the growing number  of watchdogs and citizens being marginalised, bullied and cheated. It was right to stop  taxpayer euros falling into the pockets of tinpot authoritarian regimes in Hungary and Poland,  and it should go further by initiating strategic infringement proceedings and, where relevant,  activate the rule of law conditionality mechanism.”

On 16 February, the European Court of Justice is expected to confirm European Commission  powers to strip countries of funding due to rule of law violations. The Commission is currently  holding back billions of euros in pandemic recovery funds for Hungary and Poland.

The 2022 Report will be live at this address when the embargo lifts:  https://www.liberties.eu/f/q3U2FR 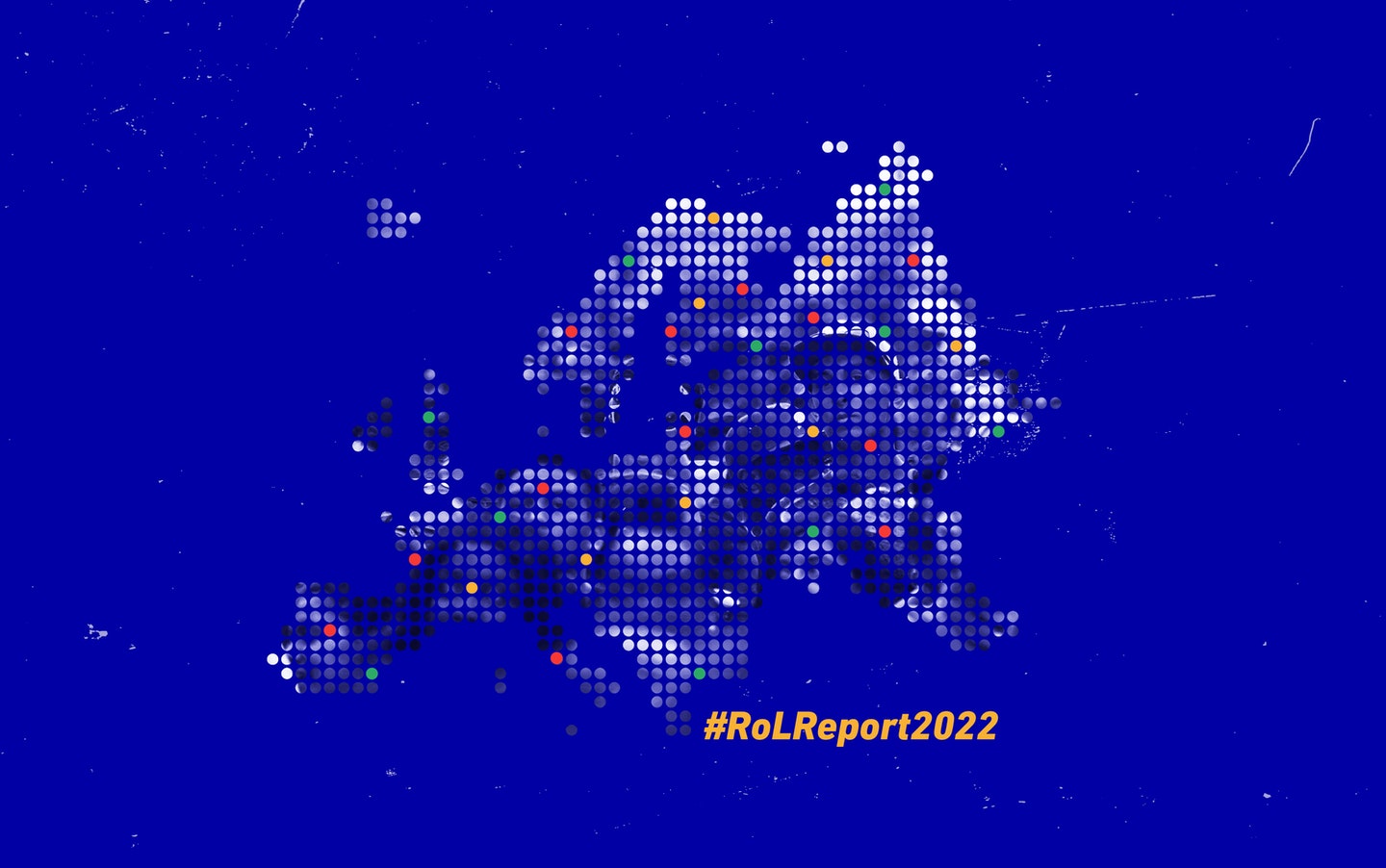 The Civil Liberties Union for Europe (Liberties) is a Berlin-based non-governmental  organisation with 19 member organisations across Europe protecting and promoting the civil  liberties of everyone in the European Union (EU).