The aim of the Consultation Meeting The Crisis of Social Thought Today and its Implications for the Post-Yugoslavian Social Condition, organized by Workers-punk University, is to critically examine and propose alternatives to a very persistent and widespread recent phenoma, characteristic for both academia and space of state politics as well as for ordinary everyday thinking and conduct of citizens: a translation of specifically social and political processes, problems and phenomena into economic terms. 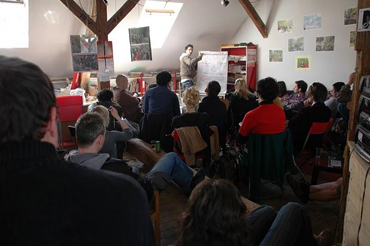 Unemployment is thus reinterpreted in terms of struggle against inflation; decreasing wages in terms of establishing an efficient and competitive national economy; decrease of national sovereignty and loss of citizen’s control over their own lives and decreasing possibility of choice regarding one’s education, work and career in terms of integration into a European and global market etc. It seems that, in Europe in general, but especially in its East, in the countries undergoing a so-called transition, a certain reversal in priorities regarding social and economic policies and also everyday perceptions of social world is taking place. If for Adam Smith, political economy was predominantly social and political science, aimed at devising policies to increase wealth, general welfare and education of the population (ie., it started from certain social and political goals and devised economic policies as secondary, subordinate and instrumental in regards to those social and political goals), now the reverse is taking place. Social rights, social security, wealth and welfare of the population are increasingly being sacrified for abstract economic aims (efficiency, competitivness), and the economic science and policies are increasingly becoming anti-social and un-political (relying on autonomous expertise rather than on social and political considerations, pulling itself ever further from public scrutinity and democratic control – »independent« central banks are just the case in point). Transitional political elites proved time and again their unwilligness and incompetence at reversing or at least reducing this socially and politically harmfull trend – maybe the time has come for the citizens, who experience new economy everyday on their own skin, to attempt just that?

Consultation Meeting will be organised as a series of lectures, shorter interventions, discussion panels, reading sessions and workshops. It is possible and desirable to use video and other multimedia material in course of your presentations. 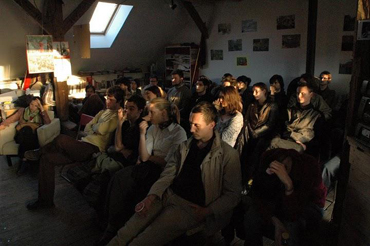