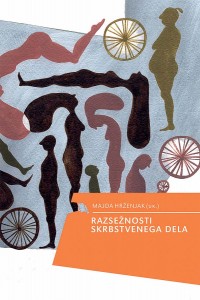 The book Dimensions of Care Work reflects on the concept of care, its social conditions and consequences in an integral and complex manner. It examines care work as formal and informal, paid and unpaid work, which takes place in the private and the public sphere, as care for children, the elderly and the disabled and as the daily and intergenerational reproduction of people. The starting point of the book is that, on the one hand, the actual social organisation of care stems from patriarchy since, to a large extent, it still delegates care to women and ‘others’, while, on the other hand, it is an effect of the social organisation of production, i.e. of capitalism, since the logic of optimizing private profits leads to the privatisation of the costs of basic and labour-force reproduction. This is strengthened by the ideology that production and reproduction represent two invincible life spheres. Based on the feminist reflections on citizenship, feminist political economy and the feminist ethics of care, the authors dismantle the concept of care as an analytical tool in order not only to critically address social politics and contemporary neoliberal social conditions, but also to imagine a more caring society.

The book critically deconstructs the genealogy of the concept of care in the citizenship theory and points out the consequences of the notion of care as a private, natural and feminine activity, which are especially visible in the marginalization of care in citizenship practices. By problematizing a gender-neutral autonomous individual as the norm and ideal of citizenship, the book highlights the strategies of the sameness and difference of women that, through social policies, affect the conception and treatment of care in terms of citizenship rights. The inadequate inclusion of care in contemporary regulations of citizenship is demonstrated by the persisting economic inequality of women, specifically, by the analysis of the gender-based pension gap. In addition, the book discusses the contributions of care to the economy that have been under-theorized in Slovenia and internationally and points to the invisible connection and dependency between the sphere of production and the sphere of care. It analyses the differences between the logic of capitalist economy and the economy of care and exposes the effects that neoliberal fiscal policies have on the transformation of an increasingly larger share of care work into (women’s) unpaid or precarious work. The four central chapters discuss specific care policies and practices in Slovenia. Based on the lived experiences of informal elderly carers collected by individual interviews and analysed by the Van Gennep’s model of the rite of passage, the book gives recognition to the voices and the needs of informal carers who take on the enormous work of care and are consequently exposed to poverty, social isolation and health risks. After 25 years of activism in the field of disability care, the notion of personal assistance has finally gained policy recognition; the detailed policy analysis shows that while civil society’s concept of personal assistance aims to socialise intensive care, the state’s notion of a family assistant leads to its familialization that, moreover, mainly affects women and poor people. The historical account of the Slovenian system of childcare accents the importance of the legacy of the Yugoslav socialist system for gender equality and the situation of women in the labour market. However, this does not exempt Slovenia from the globalization of care. A detailed comparison of the systems of childcare and eldercare from the perspective of (de)familialization reveals that informal care markets, including migrant care workers and cross-border care mobility, emerge at points where, with its policies, the state has failed to adequately meet the care needs of the citizens. In the conclusion, the authors discuss the concept of care in the framework of the feminist political ethics of care and point to its developmental and transformative potentials. Starting from the vulnerability and interdependence as the fundamental conditions of human life, a vision of a caring society, a caring democracy and inclusive citizenship can be developed as an alternative to neoliberalism. The recognition of care as a universal human norm, which should concern both women and men, the state and capital, therefore represents an opportunity for a more humane society and better politics. However, the challenge of democratizing the social organisation of care requires a redefinition of the notions of public/private sphere, autonomy, dependency, equality and justice.