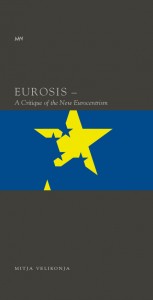 EUrosis. A Critique of the New Eurocentrism

The book looks into the content, aspects and the principles of the formation and operation of the new Eurocentrism in Slovenia, which has generated a form of integrating, although inwardly differentiated, hegemonic and dominant meta discourse. The focus is primarily on the period which I call eucstasy, i.e. the spring and early summer of 2004 when this Eurocentric meta discourse reached its peak, with the first climax occurring immediately before and during the accession of the ten countries to the eu, on May 1, 2004, and the second one before the June 2004 elections to the European Parliament.