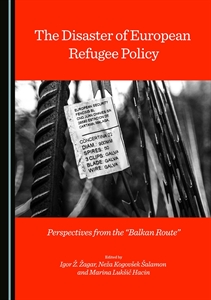 This volume addresses the mass arrival of migrants and refugees in Europe in 2015 and 2016, and the crisis of response that unfolded across the continent. The chapters critically discuss this crisis and help the reader to understand why the refugees and migrants fled, what kind of response they faced and what was wrong with the reactions of the states. Despite the fact that all the authors are based in Slovenia, the volume transcends this particular state and covers theoretical and practical aspects of the crisis which are not geographically limited to only one country or region. It addresses a variety of audiences, such as students, researchers, sociologists, political scientists, lawyers, geographers and philosophers, and will appeal to those who seek to understand forced migration and refugee protection, states’ responses to migration and asylum seekers, and the rise of hate speech, racism, xenophobia and authoritarianism in Europe.

More about the book.