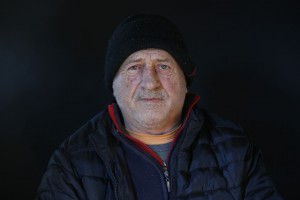 When I arrived in Slovenia in Fall 2019 hoping to learn more about the Erasure, one of the first things I heard was that I was “too late.” The movement of Erased people, their organizations and their allies –activists and researchers—had to a wide extent wound down. There were different reasons for this. For some, it wasn’t clear what else could be done after the legal win at the European Human Rights Court and the monetary compensation scheme which unfolded. The financial resources that supported some aspects of the struggle had run out, and the advocacy and research agendas were confronted with the need to respond to emerging issues.

Exhaustion, however, seemed to be the most powerful reason of all. Everyone was drained, having fought for so long. “It’s a wall,” one of my interviewees said when describing the administrative, social, and political obstacles they faced when advocating for the cause. The years-long struggle had left Erased persons and their allies depleted. There was Erasure, and then there was “erosure,” the erosion of the collective ability to fight back, by painstakingly draining people until they got too tired, too ill, too poor to fight one more bureaucratic battle. Until some died –the ultimate erasure.

On February 26, 2022, 30 years after the deletion of the names of thousands of people from the registry of permanent residents, a state apology was finally issued. The apology was a symbolic act, with no material consequences. Nothing changed in the life of Zoran, one of those whose name was deleted. He kept living the same way: off the grid, with no home, no heat in winter, no access to proper healthcare in his old age. Without his permanent residence status, he had right to nothing. After the state recognized it was responsible for excluding people who were otherwise entitled to full membership in the newly independent Slovenia, Zoran was still rightless. The apology issued to him, among others, did not speed up his permanent residence application, nor did it facilitate his access to the social services he desperately needed.

On the night of December 13th, 2022, ten months after the apology, the precarious home where Zoran lived burnt down. It took the Slovenian state 10958 days to provide a symbolic acknowledgment of the harm it had deliberately inflicted on those it erased. It took a few hours for a fire to end Zoran’s life. How late is too late?

Fiorella Rabuffetti is a PhD candidate in Political Science at the University of Ottawa, Canada. In Fall 2019, she spent two months in Slovenia conducting interviews with Erased people, as well as activists and researchers supporting their struggle.