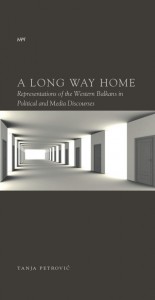 A Long Way Home. Representations of the Western Balkans in Political and Media Discourses

“…on May 1, 2004, Slovenia became the first (and for the time being the only) former Yugoslav republic to join the EU. By joining the large European family, it finally escaped the Balkan curse, as a journalist for the Spanish daily El Pais wrote (quoted in Velikonja 2005, 8), and, according to dominant explanations by Slovenian and foreign politicians, returned home, to the company of western European nations, to where it has always belonged, by virtue of culture, history and civilization.

Yet the fact is that neither its break with the Balkan and Yugoslav past nor its return home were final or unequivocal, in much the same way that the end of communism and accession to the EU of East European, Balkan and former socialist countries did not completely eradicate the dominant patterns of exclusion. What their accession did enable, though, was the reconfiguration of power relations and roles, and with it the creation of a new basis for exclusion.”