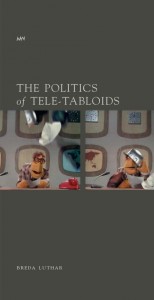 “In this essay I discuss the transformation of television journalism into popular culture, and the ideological effect of this transformation. The analysis is based on the systematic observation of Slovene television news (on TV Slovenia and POP TV), carried out for several weeks in 1998. A few years ago, the televised “daily news” in this country was still clearly distinct from other television genres in terms of iconography, rhetoric and ideology, as well as in the selection of personalities that featured in it. Today, the news and newspresenters are undeniably part of the local showbiz scene. The news as the dissemination and presentation of information has been replaced by the model of the news as styled entertainment and social event. News about politics and famous personalities at important occasions are increasingly becoming stories about chaos in society, and from the communicative point of view they have been modified into an amalgam of common-sense chat, sociability, fatalistic melodrama, visual spectacle, simulation of technological sophistication, super-professionalism, rhetorical simulation of dramatic conflict, and… information.”