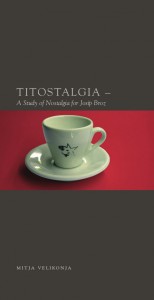 Titostalgia. A Study of Nostalgia for Josip Broz

This is not another book about Tito, but a book after Tito, in which the author was not interested in his biography, proven, attributed or fictitious biographical episodes, but rather the opposite: what and to whom some means Josip Broz here and now, how come that he is held in high esteem by groups so diverse that a whole new phenomenon of mass-cultural production could have developed around his image and why does his name can still “sell” a product even today? In this study, the author“does not look back, but around him.” He is not interested in the old Titoism, but new. Not relate to the late Broz, but to the Tito that still “lives,” and not to an “unknown” Broz, but the well-known one – Tito whose signifiers can still be seen in the streets, on facades, in souvenirs shops, in newspapers, at events commemorating his birthday or death, and in the fond memories and beliefs held by people across Tito’s former Yugoslavia.