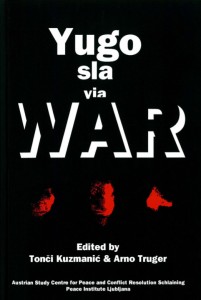 »The present book is the result of close scientific cooperation between those Central European research institutes which have joined together in a “Consortium for the Study of European Transition” (CSTE). This comprises the following – institutes: The Study Centre for Peace and Conflict Resolution (Stadtschlaining), the Peace Institute in Lubljana, the Institute for European Studies (Belgrade), the Centre for European Studies (Budapest), and the European University Institute (Florence). The Consortium was formed with the aim of studying the relationship between European integration and national identity within the context of the (West) European integration process on the one hand, and the East (Central) European transformation on the other. The situation in Yugoslavia was selected as the first “case study” even before it had escalated into a war. Three conferences organized by the Study Centre for Peace and Conflict Resolution in Stadtschlaining and by the Peace Institute in Ljubljana formed the “backbone” of the study. The most significant results of the “case study” are esented in this publication.«
Tonči Kuzmanić, Arno Truger
Ljubljana, Schlaining, April  1992