Within the regional scheme, seven separate award contests are being organised in Albania, Bosnia and Herzegovina, Kosovo, Macedonia, Montenegro, Serbia and Turkey.

On 16 and 17 March 2015, the contests for EU award for investigative journalism were launched in in Kosovo, Albania and Montenegro. The award launching events were organised in the EU Information Centers. EU Special Representative in Kosovo Mr. Samuel Žbogar, Head of Political, Economic and Information Section at the EU Delegation in Albania Mr. Clive Rumbold, and Head of the EU Delegation in Montenegro Ambassador Mitja Drobnič announced the award contests (see the pictures below). On 24 March 2015, the contests will be launched in Macedonia and Bosnia and Herzegovina. In Serbia and Turkey, the launch of the award contests is expected by the end of March.

The EU award regional scheme for investigative journalism in Western Balkans and Turkey is established by the European Commission, DG Enlargement, following the EU Enlargement strategy, which recognizes strong need for ensuring freedom of expression in the media, and for support to investigative journalism to monitor the reform processes and to keep the historical momentum toward the EU accession.

Investigative stories contributing to transparency and reporting on societal issues related to abuse of power and fundamental rights, corruption and organised crime that otherwise would not have been brought to the public’s attention will qualify for the award.

The selection of the award winners in each country will be done by independent juries based on the common selection and award criteria such as relevance of the investigative story, quality, originality and journalist’s professional commitment and integrity. If necessary, additional criteria of impact will be also taken into consideration.

The award scheme is administered by the regional partnership of civil society organisations, coordinated by the Peace Institute in Ljubljana, Slovenia, which was selected for that task by the European Commission: 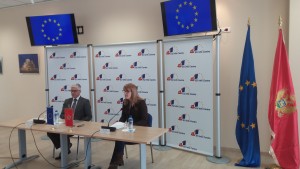 The partners administering the EU awards for investigative journalism are the same as those implementing the Phase 2 of the regional project “South East European Media Observatory – Building Capacities and Coalitions for Monitoring Media Integrity and Advancing Media Reforms”.

In cooperation with The Guardian Foundation the best investigative story in the region will be selected from the winners of the seven country contests. The author will be invited to a study visit to The Guardian/Observer.

Information about the EU award contests

For additional information about the regional scheme please contact the regional project coordinator Brankica Petković at brankica.petkovic@mirovni-institut.si, and for national award contest visit the web sites of the project partners in each EU-enlargement country.