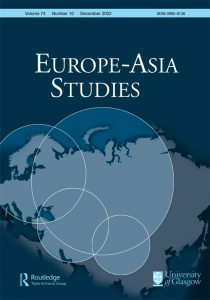 Approaching populism at the intersection of ideology and discourse, in the article The Transversal Political Logic of Populism: Framing the ‘Refugee Crisis’ in Slovenian Parliamentary Debates the authors Mojca Pajnik and Emanuela Fabijan analyse how politicians in Slovenia responded to migration during and after the ‘refugee crisis’ (2015–2019). Based on a frame analysis of parliamentary debates that addressed migration, we explore the differences and similarities in the speeches of different politicians and identify ‘populist frames’ that reveal how various actors speak about migration. We argue that distinct features of populist communication extend from exclusionary, ethno-nationalistic populist frames to inclusionary solidary discourses, reflecting the transversal political logic of populism that fits the ideological maps of political actors.