Formal cooperation between the Peace Institute and the group of women in Rwanda began in 2007 with the “Twiyubacke Nyamirambo” project – an establishment of the women’s empowerment association in Nyamirambo in Kigali. A group of women, with our support, established a local non-governmental organization – Nyamirambo Women’s Center (NWC). Since then, we carried out six projects together, and these days we are just starting our seventh one (financed by the Ministry of Foreign Affairs of the Republic of Slovenia for the period 2018–2020) entitled “Education and economic empowerment of vulnerable groups of women in Rwanda”.

The purpose of our cooperation was to address the identified problems and challenges of women and girls in the local community Nyamirambo. The overall goal of our projects was primarily to strengthen the capacities of the NWC and to increase its influence in the local community in the field of formal and non-formal education, the empowerment of deprivileged groups of women, the promotion of women’s participation in local authorities, awareness of women and girls on sexual and reproductive health and human rights. In 2014 we opened a small community library, which is intended primarily for children and offers books in three languages – Kinyarwanda, English and French. The idea is to promote the culture of reading.

One of the activities carried out through all the projects was the handcrafts and sewing course, which in 2013, under the guidance of volunteer Monica, turned into a product line called “Umutima” and later in a formal women’s cooperative, which now employs about 55 women.

The earnings from the sale of Umutima products provide regular monthly income for employed women and allow the NWC to continue to function and develop.

The other activity, which has been developed through several projects, and which today significantly contributes to the existence of NWC, is responsible community based tourism. NWC carries out guided walking tours around the local community, offers cooking courses and weaving workshops for tourists and other visitors. They have an opportunity to learn about the dynamics of the local environment, while representatives of NWC explain the social, cultural, economic and political contexts. At the same time, visitors financially support the work of NWC, which has positive effects on the entire local community.

Despite two very successful income generating activities that enable NWC to exist, upgrade and develop their own engagement, the center is still not fully financially self-sufficient. In year 2007- 2014 our projects were co-financed by the Ministry of Foreign Affairs of the Republic of Slovenia and Delegation of EU to Rwanda. Then NWC found support in Swiss based organization A Tree for Rwanda, which recognized the great potential of NWC and women who are the driving force behind it. As already mentioned, we are just starting our new joint project with NWC, which is a great pleasure for us, especially after 10 successful years of NWC’s active engagement in their local community. We will share more information on our new project with you in our next newsletter. For more information about NWC visit their website or Facebook page or watch this short video. 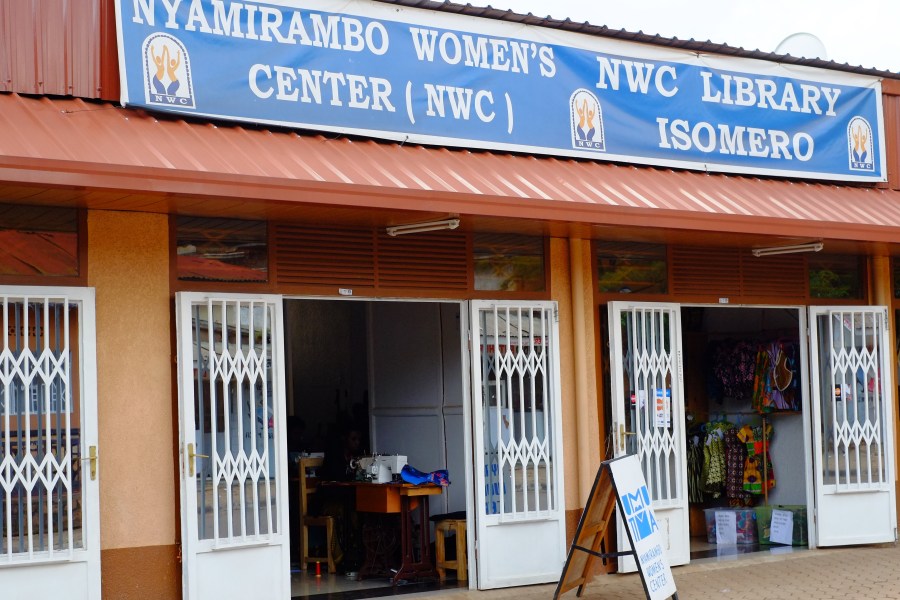 Financer: Ministry of Foreign Affairs of the Republic of Slovenia