CEINAV symposium at the European Conference on Domestic Violence in Belfast

CEINAV was present at the European Conference on Domestic Violence which took place in Belfast from 6-9th September 2015. A symposium was prepared by Vlasta Jalušič and colleagues from all research teams with the title Cultural patterns in interventions against violence.

The symposium took place on the third day of the conference with almost full conference room of participants. Liz Kelly gave the introdution to the CEINAV framework and methods. The aim of the symposium was to address the cultural patterns in interventions against domestic violence. It  focused particularly on  professional’s intervention strategies against  violence directed towards women and children. On the basis of empirical data, collected in the  project until now, the papers explored the cultural premises (similarities and differences) on which intervention patterns in four  countries (Germany, Portugal, Slovenia and the UK) are built on domestic violence and child abuse and how these intersect. We explored questions such as for example: How is violence understood? Is there a cultural framing of it? What is the threshold for intervention, when is it acceptable to act without the consent of the woman/parents?  How is culture understood? Which are the cultural minorities that need or are given a special attention and why? Is intervention framed differently for women and children who are positioned as cultural/ethnic minorities? 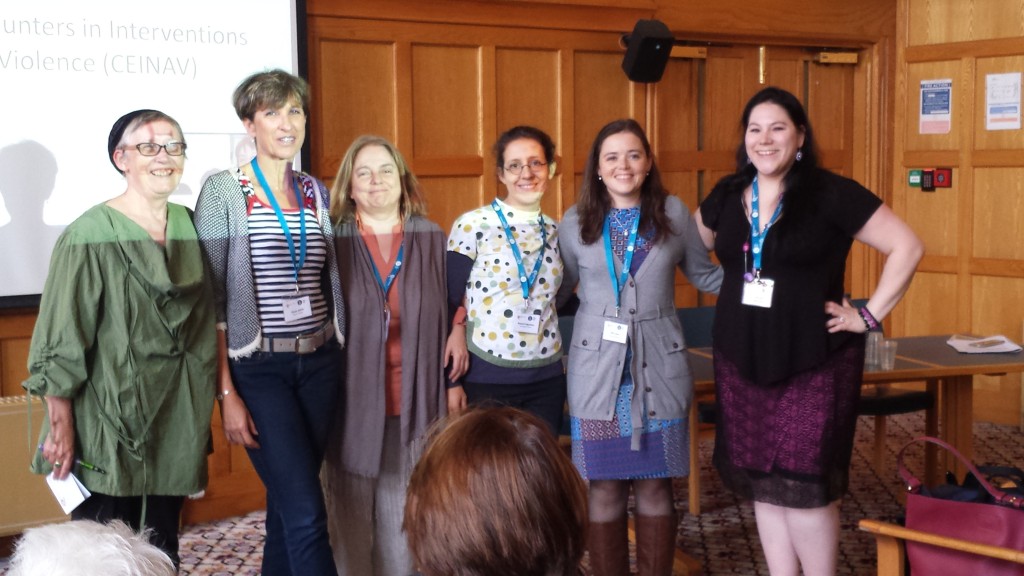 Papergivers were: Liz Kelly (From private to public, need to risk, women to children: the changing professional discourse on domestic violence in the UK), Bianca Grafe (Framing intervention and handling difficult decisions in professional responses to DV in Germany), Rita Lopez (with Maria José Magalhães and other colleagues – Cultural barriers to the protection of women and children against domestic violence: professionals’ discourses in Portugal), and Vlasta Jalusic (Understanding of violence, culture  and minorities in discourses on domestic violence).