Crimmigration between Human Rights and Surveillance

Borders are subject to progressive securitization, surveillance and militarization. EU migration policies are increasingly based more on exclusion and denial of rights and less on equality as a basic legal and ethical principle. With the purpose of control over migrants, migration law is taking over elements of criminal law (the concept is called the criminalization of migration or “crimmigration”), which has threatening consequences for migrants’ fundamental rights. This triggers aspirations for different, inclusive EU migration policies that would aim at respect for human dignity and fundamental rights of all migrants.

The project addresses the problem of the criminalization of migration which is visible in the strengthening of border control institutions (border police and Frontex with large IT surveillance systems), militarization and externalization of border control, confinement of irregular migrants in detention centres, lack of alternatives to detention, antiterrorist laws, penalization of irregular border crossing and disproportionate representation of migrants in prisons. A particular problem is that while migration law is increasingly taking over penalizing elements of criminal law, it is not taking over the criminal law’s procedural guarantees. Migrants are thus as Agamben’s homines sacri, people without Arendt’s “right to have rights.” The problem of crimmigration and creation of “disposable people” highlights that the law is used against its basic purpose, which leads to denial of law (justice/rights) or even to the inversion of law, an element pertaining to setting up of totalitarian regimes. What are the consequences of these processes on equality and rights, the principles and practices of human relations and on the nature of political systems in the EU?

With the purpose of examining the problem from various aspects, the project is structured into six thematic work packages (WPs). The first two WPs are focused on theoretical conceptualization of crimmigration through analysis of their impact on the principle of equality (WP1) and analysis of the impact of large IT surveillance systems and their penal effects on fundamental rights of migrants (WP2). Along with the described framing of the issue we will conduct analysis of three geographical areas (WP3 Western Balkans, WP4 Middle East, WP5 Slovenia) and one specific sub-issue of migrants within the criminal justice systems (WP6). In addition, the WP0 on project coordination and WP7 on dissemination are added to thematic WPs. The methodology of the project will be based on an intersectional approach to the law by including philosophical, political science and sociological concepts, while it will also include intertwining the research results from different WPs for the purpose of comprehensive articulation and understanding of the issue.

Research goals: The overall research goal is to generate new knowledge and find new solutions, based on science.

Specific goals of the project are:

On 17-18 May 2018 the Peace Institute in cooperation with partners (Institute of Criminology at the Law Faculty, Ljubljana, International Law Association Slovenia and CINETS: Crimmigration Control – International Net of Studies) hosted an international conference ‘Understanding causes and consequences of the criminalisation of migration‘. One the eve of the conference, 16 May 2018 a presentation of a Slovenian translation of a book Violent Borders (Reece Jones) was organized in cooperation with *cf Publishing House. 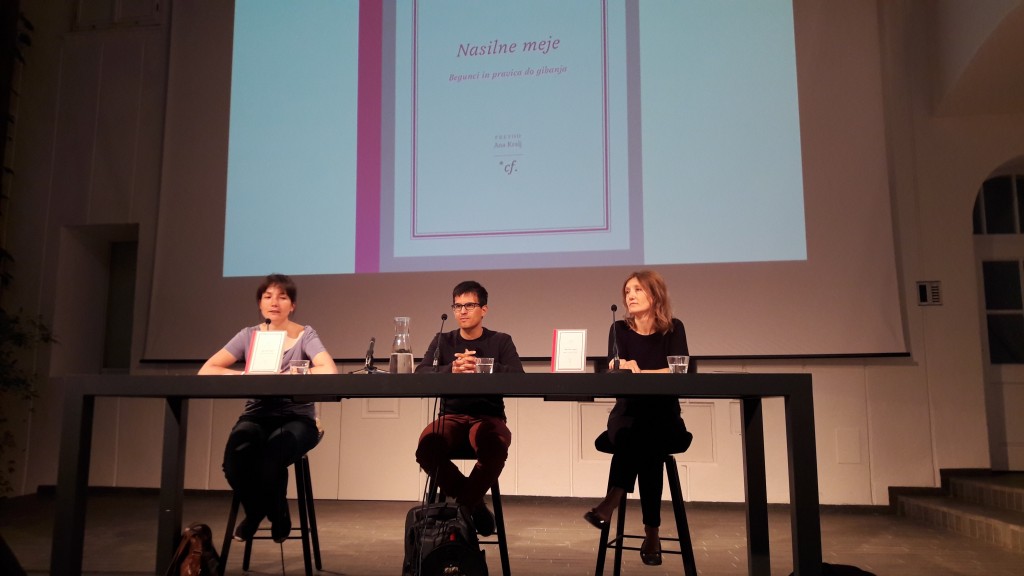 The conference hosted 28 scholars and researchers from all over the world who presented interdisciplinary papers from the fields of law, political science, sociology, international relations and from practice. The conference within which the participants shared information, research findings and opinions on the increased trends of the criminalisation of migration, was highly successful (based on feed-back forms of the participants) and rich in interesting discussions, new contacts and ideas for future work.

Conference programme with abstracts of papers 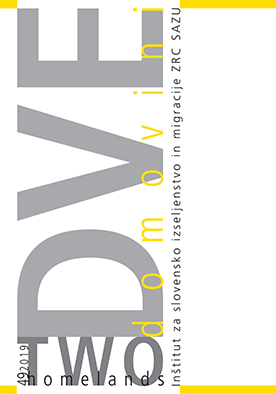 A new thematic issue of Two Homelands Journal was released discussing criminalization of migration, with scientific paper written by all nine members of the research team of the project “Crimmigration between Human Rights and Surveillance” (Slovenian Research Agency, 2016-2018).

In the papers the authors present their research work which focuses on a number of geographies and types of migrant criminalization. In the introductory paper the authors Veronika Bajt and Mojca Frelih conclude that migration policy in Slovenia is becoming stricter and progressively headed in the direction of increased criminalization of migration. Jaka Kukavica and Mojca M. Plesničar analyze a general turn towards a harsher treatment of foreign offenders as there have been more convictions and more foreigners in prison recently. Aleš Završnik discusses how, by “tattooing” borders onto immigrant bodies, disciplinary power is being superseded by the post-disciplinary power of “instant surveillance”. Neža Kogovšek Šalamon, also head of Crimmigration project, analyzes how the transposition of the EU acquis also increases the criminalization of migrants, which highlights the problematic role of the EU and national legislators in WB in relation to the fundamental rights of migrants. Vasja Badalič discusses the practices used by Turkey, Jordan and Lebanon to prevent Syrians from exercising their right to seek and enjoy asylum. Further, Vlasta Jalušič addresses the problem of the surveillance, disciplining and criminalization of practices of non-governmental initiatives which offer help to irregular migrants, asylum seekers and refugees in Slovenia and four neighboring countries. Finally, Mojca Pajnik, inspired by the autonomy of migration approach, analyzes borders as sites of control and violence but also as migrant praxis, as strategies of escape and rupture.

Institute of Criminology at the Faculty of Law