The Break in Tradition: Hannah Arendt and Conceptual Change

The break in our tradition is now an accomplished fact. Totalitarian domination (which cannot be comprehended through the usual categories of political thought, and whose “crimes” cannot be judged by traditional moral standards or punished within the legal framework of our civilization) has broken the continuity of Occidental history. (H. Arendt)

Any translation into one’s own present implies a conceptual history. (R. Koselleck)

This project uses Hannah Arendt’s thesis of the “break of tradition” and the consequences of this break for political theory, for understanding, the usage and translation of some of the basic concepts of politics – and especially to relate these to the chosen concepts of European schools of conceptual change. It systematically studies the specific of Arendt’s contribution to analysis of conceptual change and shows the reasons why and where this approach is similar to, or differs from and disagrees with other relevant schools, especially Koselleck’s legacy and how this impacts the explanatory power of the (selected) concepts. By building the interface between different research fields the project aims to enhance the understanding of the influence of political concepts on our ability to comprehend the contemporary challenges. Furthermore, the goal is to reframe and re-describe some selected political concepts in an original theoretical and for political practice relevant way while bringing together a group of scholars of different background, schools and research fields.

The project’s original results will be a methodological framework for the analyses of changes, analyses of “translation” and re-descriptions of some basic concepts of politics in the 21st century. This will help to understand  some challenges in  the neo-liberal post-socialist surroundings: such as the break with socialism/communism, the emergence and decline of revolutionary movements at the end of millennium and the return of totalitarian tendencies in Europe and elsewhere, the burning issues of truth and politics,  the rise of new racism and new global divisions, the problems of nation-states, refugees, migrants, the criminalization of migration, and the increasing  phenomena of superfluousness.

Several approaches to basic concepts of politics, conceptual change and history (Begriffsgeschichte) exist within the European research tradition: from Kosellcek’s monumental work on concepts in their historical dynamic, the French and Italian school to the Cambridge history of political thought, focusing on changes in relation between speech and action. Research of the Dutch political and social conceptual history as well as Finnish school explore conceptual groups in inter-language contexts.

A large portion of Hannah Arendt’s work too consists of conceptual considerations, though not systematically historically. Her point of departure is the rupture in tradition, which she, as a factual break, locates in the emergence of total domination in the 20th century. Arendt’s accounts at the first sight look almost anarchic, a bricolage, “wandering thought” while systematically refusing of traditional scientific methodology and offering a systematic critique of any analogy between totalitarianism and other forms of political domination – tyranny or dictatorship. Her work proceeds from the monumental rethinking of conceptual change “after Auschwitz” which is crucial for a deeper understanding of contemporary challenges.

The overall objective of this research is to systematically study the specific of Arendt’s contribution to analysis of conceptual change (based on the “break in tradition” approach) and to show the reasons why and where is this approach similar to, or differs from and disagrees with other schools, especially Koselleck’s legacy and how this impacts the explanatory power of the (selected) concepts.

The project will generate original insights in the field of Hannah Arendt’s studies while bringing about better understanding of her unique epistemology. It will create   new knowledge in the area of basic concepts in political science by building the interface between different research fields. Apart from elaborating on the main differences between the Arendtian approach and other conceptual schools it will strengthen the awareness how concepts influence our ability to comprehend some of the main contemporary challenges. Furthermore, the project will reframe and re-describe some selected political concepts in an original theoretical and for political practice relevant way.

Researching political concepts requires epistemological perspective facilitating access to political phenomena and experience: those that take into account political action, the unpredictable “sphere of human affairs”. This methodological principle will be at the centre of research. This includes inductive procedure of tracking concept generation, taking into consideration the language and concrete political experiences.

Research will have theoretical and empirical part. After building the methodological framework we will first describe (analyse) the contribution of basic schools and then describe and analyse some corresponding Arendt’s categories in order to assess their distance or proximity, translation and everyday use. Empirical part will consist of checking up the analytical categories against the selected contemporary phenomena and processes.

Together with several serious challenges in the last two decades (terror, refugee movements, financial and economic crises), we are facing populist movements and recurring ideologies like nationalism, antisemitism, racism, sexism and homophobia. The European institutional model of a well-balanced separation of powers, parliamentary representation and the role of parties and executive branch is questioned by populist definitions and practices of “the people” and its leaders, institutional increase of executive power ‘illiberal democracy’ and the use of referendum against parliamentary representation. In the 1950s, Hannah Arendt spoke about “the break in tradition” and the impossibility of continuing to think about new political phenomena with categories that no longer corresponded to those phenomena. Our interest, in this sense, is to rethink some key political concepts, such as power, autonomy, and authoritarianism among others, to examine them and to contribute to the more in-depth understanding of the link between relevance of political concepts and comprehension of some major contemporary challenges.

This panel engages with the following questions: Can our traditional concepts and ideas still in keep in touch with newer events and help us understand what is happening or do we have to rethink them in the light of recent experiences? Can we speak about a rupture in the traditional political concepts? Are there concepts from the past, which prevent the impartiality of contemporary judgment? Do the crises highlight constitutional weaknesses, which come to the fore through these crises?

Publications, public appearances and other activities of researchers: 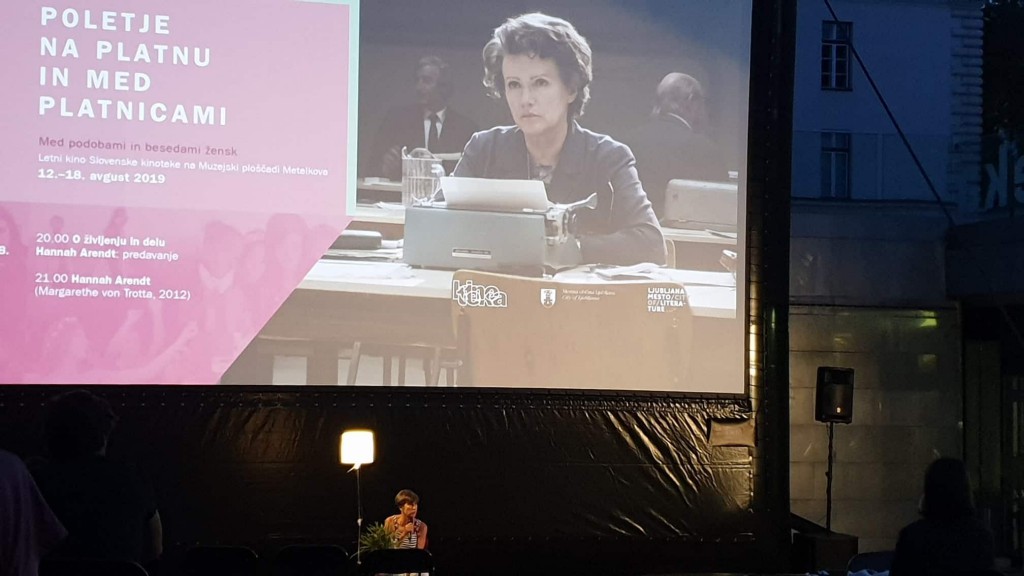 The research project is (co) funded by the Public Research Agency RS.