“Refugee crisis” in Slovenia and Austria

The growing number of refugees fleeing to European countries along the Balkan route from war torn and economically devastated zones mainly in the Middle East fuelled the populist upsurge across Europe, including Slovenia and Austria, as refugees were increasingly regarded as dangerous, culturally deviant and as a threat to the national security and the welfare system.

Right-wing populist affective governing: framing of migration in Austria, 8. 6. 2022
Journal Patterns of Prejudice has published an article by Daniel Thiele, Birgit Sauer and Otto Penz, three of our research colleagues and collaborators on the project POPMED.

Media Populism and Affective Journalism: Newspaper Commentary on the Refugee Crisis, 23. 12. 2021
The article examines the production and reproduction of populism in the media reporting and interpretation of migration in the period of transformative changes of the migration and refugee legislation in Slovenia (2015–2019).

Lance Bennett on Disrupted Public Spheres and Media in Times of Authoritarian Populism, 11. 10. 2021
Lance Bennett delivered his keynote speech providing a valuable closure of the International Conference titled ‘After the summer of migration: right-wing populism, media and affect’.

Report on the attitudes of citizens on migration and populism in Austria and Slovenia, 24. 8. 2021
The report synthesizes citizens’ attitudes with previous findings on populism in the political and media field.

The book ‘Populist Spirits of the Times and Challenges to Democracy. Studies on Populism’, 19. 5. 2021
The book includes a chapter by Mojca Pajnik and Iztok Šori on ethno-national populism in the Slovenian context.

After the “Summer Of Migration”: Right-Wing Populism, Media and Affects, 13.4.2021
The invitation for participation in international conference and call for papers.

Populism, masculinities and gender relations, 8. 12. 2020
Dr. Birgit Sauer recently published a chapter where she explains that the rise and strategy of right-wing populist actors is to re-signify the transformation of of gender relations as a „crisis of masculinity“.

Collection of scientific papers ‘Social Inequality and Politics’, 1. 12. 2020
Papers that we have presented at the Slovenian Sociological Association in November 2020 are now available online. You’re invited to read them.

Populism at the intersections of civilizationist and securitarian political discourses, 9.11.2020
At our online project meeting we mostly focused to conceptualize and understand the similarities and differences of our findings so far in the two states.

Populism and affective governmentality, 6. 11. 2020
At a sociological meeting taking place online we presented the results of a survey on populism, the media and migration.

Commenting migration on social media, 9. 10. 2020
Currently in POPMED project we are interested in how Facebook users react to media coverage of migration and the “refugee crisis”.

Analyses of the international project Political and Media Populism: “Refugee Crisis” in Slovenia and Austria from the (dis)comfort of the living room, 28. 8. 2020
The 14th General Conference of the European Consortium has moved online due to the Covid-19 pandemic.

Populism and TV production, 10. 6. 2020
At the meeting of the research team we tested the methodology used to study party and media populism in the case of reporting on migration on television.

Reports on the media system and civil society in Slovenia published by POPMED researcher, 12.5.2020
Marko Ribać, researcher analysing populism in the POPMED project, published empirical findings of the ongoing research in two reports.

The book ‘Right-Wing Populism and Gender’, 11. 5. 2020
The book examines how extremist populist actors mobilize gender as a meta-discourse, a strategic tool for achieving particular political objectives.

Populism through and by the media (12. 2. 2020)
The media react in various ways to populism of political parties and their leaders; they decide when and why news is worth publishing.

Securitization of migration (17. 12. 2019)
Mojca Pajnik in the interview for he project New Neighbours.

“Chameleonic populism” (20. 9. 2019)
The first findings of the analysis of populist speech in the case of parliamentary debates on seven laws related to migration in 2015-2019 in Slovenia have pointed to the dominant discursive frames that represent migration as a (security) threat, and sees its solutions in militarization and border protection.

Normalizing the Extreme Right (4. 7. 2019)
“From the most obvious case of the Trump presidency in the US and the success of right-wing populist parties in Europe to the election successes of right-wing extremists and populists in Brazil or in India, there is a worldwide trend to construct homogeneous peoples at the danger of disregarding – and often threatening in word and deed – democratic principles such as plurality, equality, and human rights.”

Populism intersecting politics and media (20. 6. 2019)
How to understand populism in contemporary party democracy, how it intersects the political and the media field, what are similarities and differences in manifestations of populism in Slovenia and Austria around migration and migration policy?

On dimensions of populism in Maribor (17. 5. 2019)
Researchers of the Political and media populism: »refugee crisis« in Slovenia and Austria research project at the Faculty of Arts in Maribor.

The kick-off meeting (5. 1. 2019)
We have defined basic concepts and operationalized the research design for this three-year research endeavor.

This research investigates the nexus between political parties, media and populism with regard to the so-called “refugee crisis” (2015-2016 until today) in two countries at the central-north end of the Balkan route, i.e. Slovenia and Austria. Conceptual and historical background of the project is the erosion of “party democracy” and the rise of “populist democracy” with classical political leadership declining, coupled with the rising far-right political forces that mobilize against “the other”. The growing number of refugees fleeing to European countries along the Balkan route from war torn and economically devastated zones mainly in the Middle East fuelled the populist upsurge across Europe, including Slovenia and Austria, as refugees were increasingly regarded as dangerous, culturally deviant and as a threat to the national security and the welfare system. In this context the “exclusionary populism” that proposes cultural and religious difference as the rationale for excluding those who do not belong to “the nation” has found its ground to flourish.

The research project proposes a novel analysis of “political-media populism” based on our previous research on media and internet populism (Pajnik and Sauer 2017). It encompasses the analysis of a) trends in politics and the policy making, b) trends in the media and journalism, and c) the related public perception on migration in comparative perspective. The project focuses on the populist production of “politics of fear and securitization” which addresses the emotions and affects of people and converts fear of social and economic decline into anger and hate against migrants. The dynamic interplay between political strategies and media representations – the “media-political parallelism” – is of central concern, i.e. how discourses in the legal, policy and journalistic field are reflected in public opinion and become common sense.

The research contributes to the development of science by devising an innovative approach to research “exclusionary populism” combining a) interdisciplinary b) scale-sensitive, c) policy tracing and framing, and d) comparative epistemological approach, together with mixed methods approach. The project adds the important but hitherto lacking media dimension to the growing debate on populism, it incorporates a new emotional and affective theoretical perspective into rather rationalist argumentations on populism, and it focuses on the currently most prominent issue of right-wing populist exclusion: the othering of migrants. By bringing new theoretical and empirical knowledge the project is expected to impact research in the fields of political science and communication science, in particular studies on populism, media and politics, emotion and politics, but also more generally, on studies of democracy and democratic inclusion/exclusion.

Mojca Pajnik, head of the project 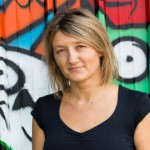 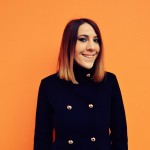 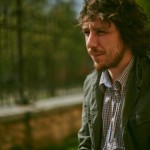 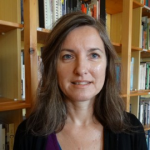 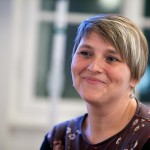 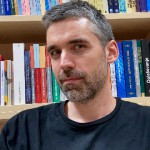 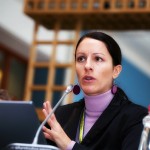 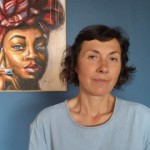 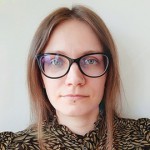 Birgit Sauer, head of the team in Vienna 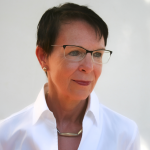 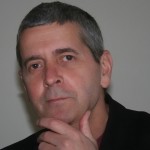 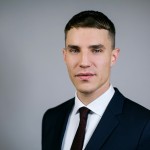